傳奇再起:本劇內容取自格林童話故事，《格林》劇情緊跟波特蘭警探Nick Burkhardt發展，他是優異的罪犯辨識家族格林後裔，面對各種古老邪惡妖魔的同時，他也要努力讓自己私生活保持平衡。他努力保護未婚妻Juliette與夥伴Hank不受到傷害，但現在陷入困境，Juliette莫名陷入昏迷狀況，Hank 也瀕臨精神崩潰。在好友Monroe和Rosalee，兩個變形妖怪的幫忙下，Nick必須在質疑原本所認知的事實的同時，拯救周遭親友。過去二十年，原本以為已過世的媽 媽(《疤面煞星》Mary Elizabeth Mastrantonio客串演出)，回來與他團聚，讓他開始對過去產生很多疑問。
The Stuff of Legend: Inspired by the classic Grimm Brothers’ Fairy Tales, “Grimm” follows Portland Homicide Detective Nick Burkhardt, descendant from an elite line of criminal profilers known as "Grimms", as he faces off against all manner of ancient evils, while struggling to maintain balance in his personal affairs.  His attempts to shield his fiancée, Juliette, and his partner, Hank, from the hazards of his new life have reached a crisis, leaving Juliette in a mysterious coma and Hank on the verge of a mental breakdown.  With help from his confidants, Monroe and Rosalee – both reformed Grimm creatures, Nick must help those closest to him even while he begins to question what he once knew, when he is reunited with his mother (guest star Mary Elizabeth Mastrantonio, "Scarface"), also a Grimm, whom he thought dead for the past 20 years. 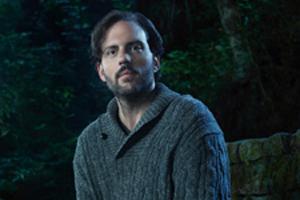 Silas Weir Mitchell stars in NBC’s new drama series “Grimm” as Monroe, a reformed Grimm-creature,who is Nick’s reluctant informant. Mitchell has worked steadily during his time in Los Angeles, making over 100 television appearances,including “My Name is Earl,” “The Mentalist,” “Numb3rs,” “Burn Notice” and “Prison Break.” He has also appeared in many feature films. One of Mitchell’s enduring passions is the theatre, where he has directed, produced and starred in numerous productions of classical, as well as new, works in Los Angeles and around the country. He has also spent some time behind the camera, helming a short film last year, “Song in a Convenience Store,” which appeared in several film festivals around the country including the Athens Film Festival, where it won Best Narrative Short.  Mitchell hails from Philadelphia, Pennsylvania. He moved to Los Angeles after finishing his graduate studies in theatre arts at the University of California, San Diego. 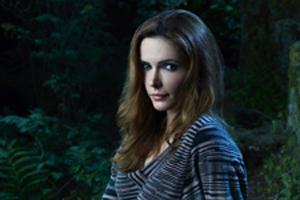 Bitsie Tulloch stars in NBC’s new drama series "Grimm" as Juliette Silverton, Nick’s (David Giuntoli) loyal fiancée, who is wary of his recent forays into the Grimm world.  Tulloch previously starred as Dylan on Ed Zwick’s NBC drama series "quarterlife." First made as an Internet series, "quarterlife" explored the lives of six creative twenty somethings trying to find their way in the world. Tulloch led the cast as a journalist who perplexes friends over her revelatory video blog.  Her additional television credits include a recurring role on "Outlaw" and guest-starring roles on "House," "The West Wing," "Cold Case," "Lost" and "Moonlight." She also had a recurring role in the online serial "lonelygirl15."  On the film front, Tulloch will next be seen in the silent film "The Artist," with John Goodman and James Cromwell, which premiered at this year’s Cannes Film Festival to rave reviews and will be released in November by The Weinstein Company. 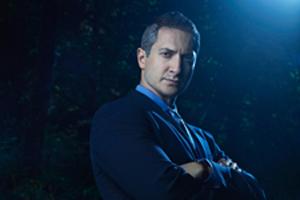 Sasha Roiz stars in NBC’s new drama series "Grimm" as Captain Renard, Nick’s politically adept superior officer and a descendant of a powerful line of Grimm royalty.  Roiz’s "Grimm" character follows his last regular role as Sam Adama, a brutal mob enforcer, on the critically acclaimed Syfy series "Caprica," prequel to "Battlestar Galactica." In recent years, Roiz has become a familiar face on TV screens. In addition to "Caprica," he has made numerous guest appearances on some of television’s most notable programs, including "House," "The Mentalist," "Lie To Me," "CSI" and "NCIS" and "Castle" as well as a series arc on the current season of "Warehouse 13″.  Roiz’s introduction to feature films was in a supporting role in the blockbuster "The Day After Tomorrow," followed by "16 Blocks", "Man of the Year" and "Unthinkable". Roiz shot his first starring film role in the independent science fiction thriller "Extracted," due out later this year. 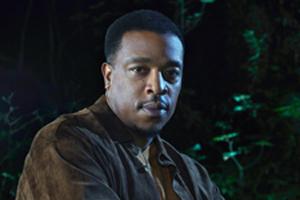 Russell Hornsby stars in NBC’s new drama series “Grimm” as Nick’s partner, Hank Griffin, who is blind to Nick’s new powers in the Grimm world. Hornsby is best known for his long-running lead role as Los Angeles cop Eddie Sutton in “Lincoln Heights.” Most recently, he starred opposite Denzel Washington and Viola Davis in August Wilson’s“Fences.”He also completed a season of HBO’s Emmy and Golden Globe-nominated drama "In Treatment," opposite Gabriel Byrne and Diane Weist.  His other television credits include Showtime’s "Shameless," "Law and Order," “Grey’s Anatomy,”“The Good Wife,” and “Playmakers." His feature film credits include “After the Sunset,” “Big FatLiar,” Get Rich or Die Tryin’,” “Meet the Parents,” and “Stuck.” His other theater credits include “KingHedley," "Gem of the Ocean,” “Two Trains Running," “To Kill a Mockingbird,” “Joe Louis Blues” and“Six Degrees of Separation.”  Hornsby attended Boston University, College of Fine Arts, and the University of Oxford. 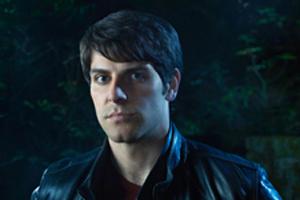 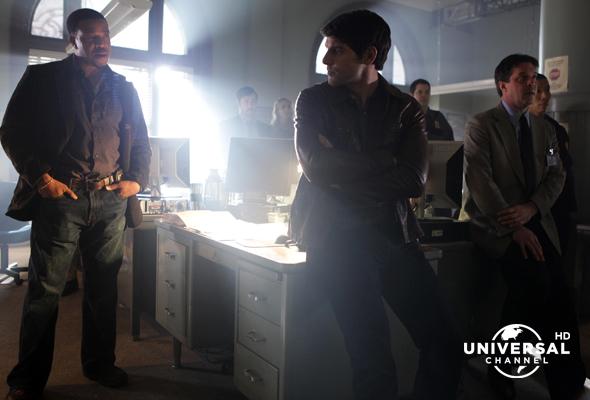 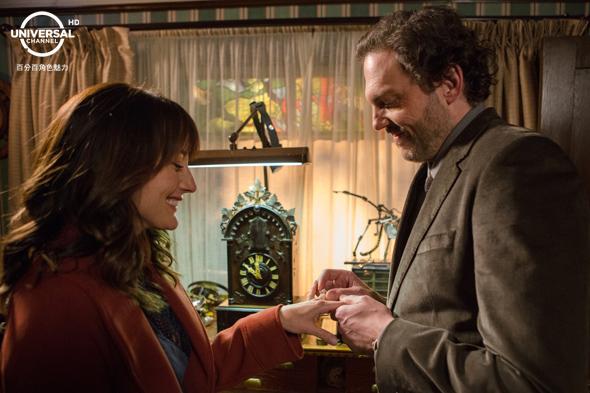 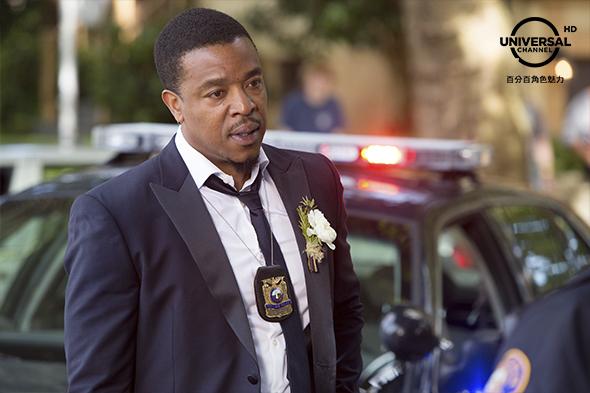 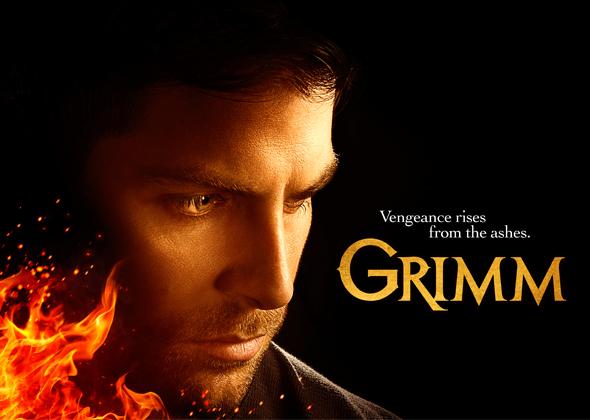 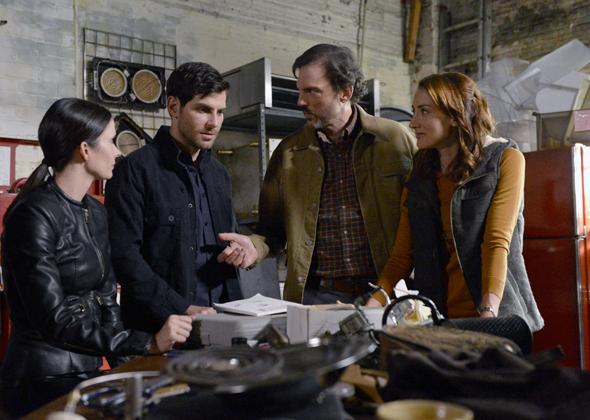